Crises influence each other, be it growth-, currency, migration- or debt-crises. The presented content highlights the causes and their relationship to money. The contributions will be continuously built up. 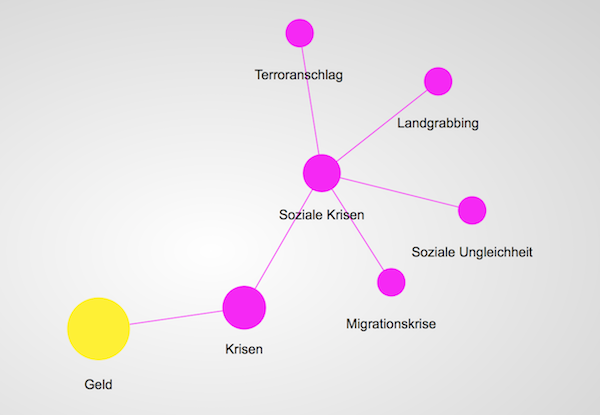 Ethnic, religious or economic conflicts inevitably arise wherever people live together.  Social crises occur when tensions can no longer be resolved by conventional means. The breaking point is reached and inescapably the status quo is disrupted.

Terror
Using despicable means, terrorists aim to gain attention for themselves and their voices. A “spectacular” act of terror occurs, with many victims, and the news media spread the perpetrator’s message around the world. We ask ourselves, what dynamic really drives these groups?

Land-grabbing
We think the illegal seizure of valuable land – land-grabbing  – happens far away from us. But, seen worldwide, it’s not uncommon. Developing countries in particular have been devastated by the wrongful, illegitimate actions of foreign investors.

Income inequality
"Nature is unfair," the Geneva philosopher Amiel wrote in his diary. That’s may be precisely the reason humanity pursues justice so ardently — sometimes by any means available. The capitalist system hasn’t succeeded in delivering justice. Money has become capital, something that needs to be put to use profitably, installing a system that rewards winners and punishes the rest. The gap between rich and poor is growing ever wider today — a potential source of trouble that should not be underestimated.

Migration
Why do people emigrate? The distinction between political and economic motivations isn’t quite enough. It excludes money. Today’s migrants often come from countries where traditional values have been shattered and civil war reigns. What do the young migrants, in particular, hope to achieve in Europe, in Germany? And what do they expect of us? 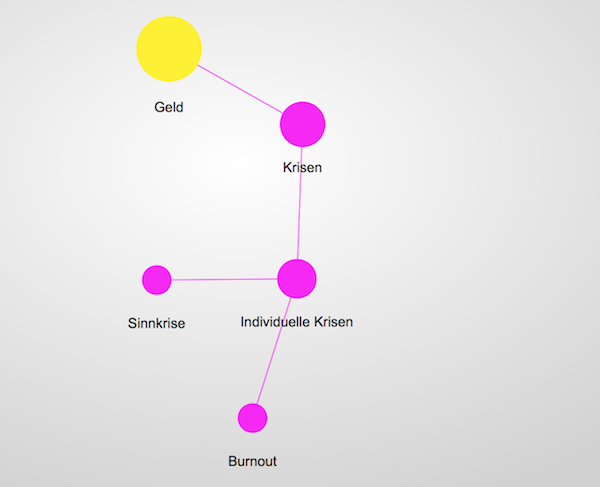 Everyone knows what it’s like to have a crisis. Whether or not they come during transitions, like puberty or the first day of working life, or the start of family life, a crisis can always suddenly erupt. What are the signs of a personal crisis?

Identity crises
Over a lifetime, a person can experience various crises of confidence. Closing down one’s working life can be a tough one. How does that play out for someone whose work is mindless and who simply regards himself as a unit of labour? That kind of job crushes personal expression and individual autonomy. What can be done?

Burnout
Burnout — the spent state of total emotional and physical exhaustion — is a grim crisis indeed. When the drive to perform and the pressure to achieve grow too great, the consequences on the mind and the body can be profound. Breaking with the performance-driven approach to life that caused the burnout — and hopefully finding a new beginning. 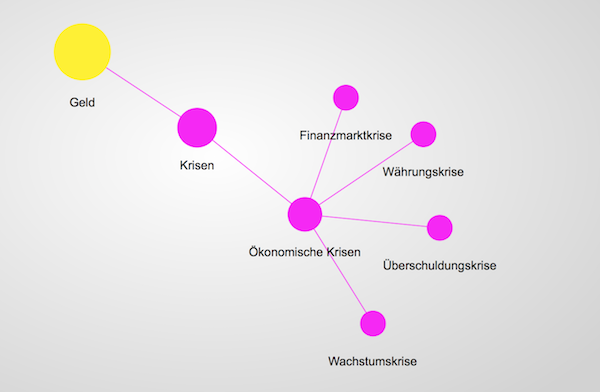 Stocks, debt, currencies, growth: An economic crisis can strike any financial cornerstone. Analyzing these events improves our understanding of the economy’s dynamics.

Market crashes
Signs of financial crisis: Financial markets crash fast and deep, to the point of collapse. We had a truly textbook example of a market crash in 2008.

Currency crisis
Every country tries to keep the value of its currency stable internationally. If that doesn’t work and the currency depreciates sharply, a full-fledged currency crisis will soon follow. The euro was launched precisely in order to protect individual countries from large exchange rate shifts. With mixed success.

Debt crisis
France has lived off debt for the past thirty years. Meanwhile, other countries live from “modern” money. High debt levels burden future growth. And if the money, created based on a promise in the future, went into loss-making investments, a debt crisis looms.

Growth crises
Capitalism is like a bicycle: if it stops moving, it falls over. That’s why zero economic growth is so threatening for capitalism. Money constantly seeks profitable investments. If nothing moves, the economy stagnates and like the bike, it crashes. But how long can growth go on?

What happens when ecological balance is destroyed?

Forest ecosystems are some of the most diverse and important on the planet. Billions of people depend on forests for their livelihoods and many of the products we consume in our daily lives are derived from their unique leaves, roots, fruits and barks. As well as storing huge amounts of carbon, forests absorb carbon dioxide and produce oxygen.

Fresh Water
Freshwater is paramount to all life on Earth, providing food, hydration, sanitation, nutrient-cycling, carbon-storage and climate regulation. Freshwater ecosystems cover less than one per cent of the earth’s surface, yet are home to up to 50 per cent of all fish species.

Ocean
Oceans make up our biggest ecosystem, covering over 70 per cent of our planet. They provide many millions of people with food and livelihoods, buffer coastal communities against storms and the impacts of climate change, and produce more than half of the oxygen in the atmosphere.

Species
The protection of all species is the fundamental measure of conservation success and a test of our ability to halt and reverse man-made environmental problems. All species play a part in the functioning of healthy ecosystems, which in turn affect the wellbeing of all Earth’s inhabitants.

Climate change and protecting the environment
The basis of human, animal and plant life is in danger. Special attention must be given to burdens placed on the forests, rivers, lakes and oceans, and on all the earth’ species, by climate change. What can we do to intervene positively?